We have been using RG Group a long time. We buy Parker fittings from them. We work closely with them for their vendor management inventory (VMI) services to help us have pricing and availability better than we have had before. We have been using them for 20 years, and they continually offer new services for us.

We are a Veteran-Owned Small Business with over 60 years of experience in Defense, Marine, Energy, Industrial and Government Markets. As a manufacturer and leading global supplier of motion control and electronic solutions, RG Group meets the demands of today’s military operations with components, integrated subsystems and full systems for air, land, and sea platforms. Our solutions address the military’s needs for survivability and maintainability. Battle proven and innovative technologies provide new offerings for more efficient systems with lower operations and maintenance costs.

The RG Group Specializes in:

The U.S. Government and its military branches have called on RG Group for more than 60 years, and for good reason. The depth and breadth of our product lines and services make us a convenient, reliable supplier and manufacturer. No one outranks us when it comes to selection and service. Decision-makers appreciate our “total line/total responsibility” posture.

RG Group, located in York, Pennsylvania, was established in 1956 and operates under an ISO 9001:2015 certification.

Past Performance: US Air Force

RG Group furnished the turn-key design, labor, materials, and equipment for 16 massive hydraulic power units. We provided the demolition, fabrication, delivery, and installation of three of those HPUs in 2020. Additionally, RG completed the hot oil flushing of 10 hydraulic systems.

Past Performance: US Army Corp of Engineers - NY

RG Group engineered and manufactured the four Hydraulic Power Units that operate the main Engine Steam Valve on the US Navy’s Gerald Ford Class Aircraft Carrier. The system was specifically designed to meet strict requirements for performance in shock and vibration scenarios while eliminating EMI interference. The hydraulic system is a self-contained HPU with pump, electric motor, stainless steel reservoir, filtration, pressure and directional control valves, accumulator and a backup hand pump for emergency operation. These RG HPUs are currently in service and in the future will be installed on the new John F. Kennedy (CVN-79).

The RG Group Engineering Team worked with the Office of Naval Research (ONR) to provide a complete Hydraulic System for the High Capacity Along-side Sea Base Sustainment (HiCASS) Program. This system included a motion compensating crane used to transport cargo containers from ship to ship at sea. This 1000 HP Hydraulic System moved the container at the end of the crane up to 7 feet vertically and in any multiple axis to keep the container aligned with the deck of the ship during all phases of ship-to-ship transfer up to and including Sea State 4. This RG solution exceeded all government requirements on budget and ahead of schedule.

Past Performance: US Army

RG Group developed, tested and delivered a complete hydraulic system to operate the Rear Ramp on the Medium Mine Protected Vehicle (MMPV) - a variant of the MRAP used specifically to deploy EOD robots in the field. The system consisted of a Hydraulic Power Unit (high HP DC motor, pump, pressure and directional control valves, reservoir, filtration, electrical power cables, hydraulic cylinder, and connecting hose assemblies. RG completed this incredible task from design to fully field tested with DCMA approval in only 16 weeks. The system had specific design characteristics that allowed operation even if the vehicle was in a rollover condition, which was critical to the safety of the personnel. This RG solution is used widely in the Middle East by US military personnel with hundreds of systems delivered in a span of only 18 months.

Past Performance: US Marine Corps

Project: Design and build the Hydraulic Control System for IED Mine Roller System

The RG Group designed, tested and delivered a complete Hydraulic and Control System to operate the IED Mine Roller System used extensively in Iraq and Afghanistan to protect US military personnel. The system consisted of a Hydraulic Power Unit (high HP DC motor, pump, pressure directional control valves, reservoir, filtration), electrical power and control cable, hand-held pendant to operate the system from the cab of the drive vehicle, hydraulic cylinders, and multiple hose assemblies. RG worked to deliver the systems from paper to finished product and approved for use within 12 weeks - receiving a bonus from USMC for early delivery! The first systems were delivered to Iraq in December of 2006 and immediately put into service. 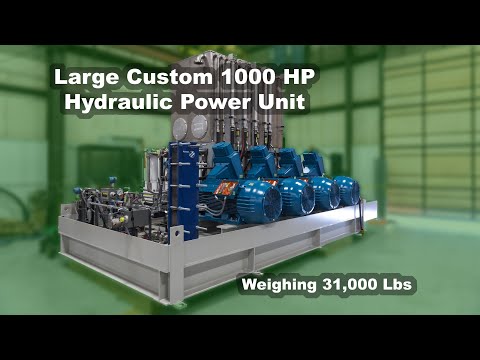 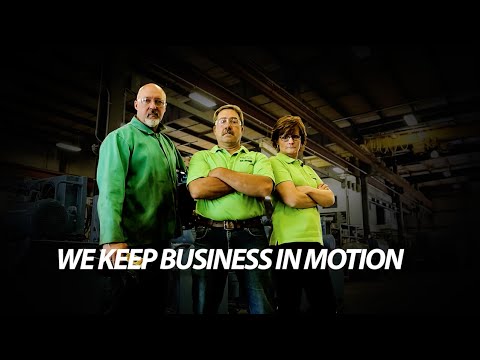 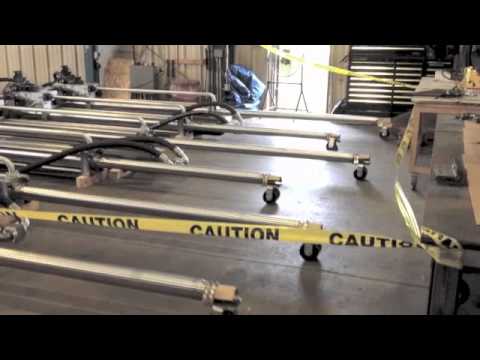 Our manufacturing facilities have high ceilings with an open space layout and overhead cranes creating an excellent environment for machining and assembly operations. The building has approximately 45,000 square feet of manufacturing, distribution and engineering space under roof.

This facility has a long history of successful manufacture of assemblies, sub-assemblies and components that are widely recognized throughout the defense industry for quality, performance and value. This history includes:

We are proud to be supporting US Marine Corps, US Army, US Navy, US Air Force, US Coast Guard and National Guard. As well as Homeland Security, US Interior, Forestry, Bureau of Land Management, Dept of Energy, USPS and NASA. We also accept Government Purchase Cards.