Touting an accomplished career that spans over 30-years in engineering and manufacturing, Steve’s proactive, action-oriented style made him a perfect fit for the brand. In 2018 he officially came on board and has extended his consummate ability to the organization.

Steve’s passion is evident as his desire for continuous improvement is exemplified through his actions. His commitment to our core values is the foundation for all he does as a leader and believes “you can tell more about an individual by their behavior when times are difficult, than when times are good.”

As technology advances and the RG Group continues to serve a diverse customer base, Steve is always pursuing ways to utilize emerging solutions to help “Keep Business in Motion”. The Trusted Expertise modus operandi that the brand has become synonymous with remains at the forefront of the organization’s customer centric focus and drives the team’s motivation to continually provide extraordinary, value-added service in all that it does.

Steve earned his BS in Mechanical Engineering from the Pennsylvania State University. An engaged alumnus, he remains active, supporting the Penn State York campus, participating within the Engineering Industry Advisory Council and the Graham Entrepreneurial Program Advisory Board.

Residing among the rolling farmlands of Lancaster County for over 30 years, Steve enjoys the outdoors, hiking and above all, spending time with family. Coming from what is by today’s standards a very “large” family – 5 brothers and 2 sisters, he especially values the camaraderie and loyalty that the RG Group culture exudes.

Executive Chairman of the Board

RG Group was founded as Die-A-Matic by Randy’s parents over 60 years ago. Randy “RG” has experience in several positions within the company including Executive Vice President, President and Chief Operating Officer, President and Chief Executive Officer, as well as valuable experiences in other businesses earlier in his career. He served as RG Group’s CEO from 1975-2014 at which time he became the Executive Chairman of the Board.

Randy has a wealth of experience as a CPA, auditor, senior accountant, and describes his plan to purchase his father’s and mother’s shares of the company in 1984 as his “first acquisition.” After 9/11, he returned full-time to the York office location to help the company recover and to guide, strengthen and grow through acquisitions and value-added services.

Randy is in the office on most days, participates in leadership meetings and continues to connect with employees by walking “on the floor.” He has served, and currently serves, on several board of directors such as The Hope Group, Tate Engineering Systems, and Cross Sales and Engineering Company. He believes in providing guidance to others as well as receiving peer advice and experiences. Randy believes in the family-company culture, to better yourself by always learning, and to focus on ways to keep the company growing, evolving and satisfying customers’ needs.

Randy was a 1st Lt. in the U.S. Army Infantry. He earned his MBA from the University of Cincinnati with an ROTC scholarship program. He is a graduate of Hartnell College and York College.

The RG Group legacy continues as Patrick, a third generation Gross, assumes the role of President and COO in this most recent succession.

No stranger to the business, Patrick honed his business acumen having spent 10 years within the organization in various key roles. Prior to his ascension, Patrick was VP of Automation and Robotics where he developed and cultivated a $12M+ robotics unit. During this time, his team was the recipient of five different awards from leading manufacturers like FANUC, MiR and Doosan Robotics for outstanding growth.

Patrick thrives on creativity and his drive for both personal and business success is unyielding. He particularly enjoys challenges and his most recent project brought 5G technology to RG Group, making it the first 5G Warehouse in the USA. This project came to fruition as the result of the outstanding relationships he put together with strategic partners Deloitte and the US Navy.

Patrick is an active participant within various organizations, serving on the Board of Directors for the YMCA of York/Lancaster and RG Group. He is also a member of the Young President’s Organization.

Prior to Patrick’s executive roles at RG, he held posts at Gartner and Cintas. Patrick holds a BS from the University of Alabama and an MBA from Babson’s Graduate School of Business. He also holds executive certificates from Penn, Cornell and UVA.

A lifelong resident of sprawling Lancaster, PA, Patrick enjoys his time away from the family business by spending time with his wife, two beautiful children and their dog Penny. While family activities are his number one leisure activity, he does enjoy getting out on the links now and then for a few rounds.

Many attributes can be applied to the description of a person, but it is the embodiment of a few select traits that truly define an exceptional organization.

Recognizing the standards that comprise the core values and family style atmosphere of RG Group, Cristen joined the team in 2015 and has been developing programs to help foster the continued growth and success of team members and the organization alike ever since.

PHR certified, Cristen takes great pride in her role and is always looking to impart the knowledge and skills she cultivated during her time at George Washington University while completing her MA in Organizational Leadership and Learning. “If I can put together programs that empower people and the organization to be more successful as a result, then I am truly making a positive impact” Cristen states. Cristen began her career in VA beach but being back near family and working for an organization that shares her principles is in her words, “a lot more fun!”

Bringing over 35-years of experience in finance and accounting to the RG Group organization, Dennis’ accomplishments, humility and polished business acumen made him a welcome addition to the team in 2022.

Like many within the organization, Dennis is a Nittany Lion progeny, having graduated from Penn State where he laid the foundation for his career in finance. Not resting on his bachelor’s degree laurels however, he honed his skills and enhanced his career path by attaining his CPA and CGMA certifications.

Dennis enjoys applying his craft and has managed all aspects of finance and accounting for those in the industrial space for the past 10-years. Prior to that, he spent 25-years with the international powerhouse KPMG LLP with a focus on financial audits of manufacturing and distribution companies as well as mid-size privately held and family-owned businesses.

When not looking over the various business unit financial information of the RG Group, Dennis enjoys spending time with his wife Jenny and their two grown children. He is an ardent fan of traveling and particularly enjoys outdoor activities and a variety of sports.

While he thoroughly enjoys the RG Group culture and family-oriented vibe at the office, home for Dennis is Middlesex Township.

We expect everyone to be truthful and to have a genuine commitment to the truth. Honest people do not deliberately mislead by misrepresentation, overstatement, partial truths, selective omission or any deceptive means.

It means combining high standards of being and doing. People with integrity demonstrate the courage of their convictions by doing what is right even when there is great pressure to do otherwise.

Justice in our company is tempered with compassion. We would seek to do unto others as we would have them do unto us. Customers don’t care how much we know until they know how much you care.

We encourage dialog and reflection thought. We expect all of our associates to share information, ideas and thinking that leads to extraordinary communication, learning, discovery and performance.

Total quality and continuous improvement are obsessions at the RG Group. This is the means through which we can reach out Corporate Vision.

We say what we do, and do what we say. Promise-keeping is a critical measure of personal integrity, faith in self, mastery and an indispensable basis for success.

This is the value that allows us to be the best we can be. It involves continuous training and continuous learning both as individuals and as an organization.

Bringing You The Most Comprehensive Array of Motion Control Technologies

The RG Group provides leadership in the design and delivery of innovative motion control products and solutions. For over 60 years, we’ve collaborated with customers, creating a sustainable competitive advantage by demonstrating Trusted Expertise in the design, application and supply of motion control and fluid handling solutions for hydraulic, pneumatic, electromechanical and process technologies.

Our network of local branches, located strategically in the Mid-Atlantic region, provide an immediate variety of real-time, made-to-order solutions, including custom hose assemblies, Vendor Managed Inventory and repair and installation services on a 24/7 basis.

Our passion is to keep your business moving forward profitably. As motion control and fluid handling experts, we focus on sustainable solutions to reduce customer’s operational costs by improving efficiencies and reducing energy consumption. We improve our customer’s profitability by providing a service-based business model.

Bringing you the most comprehensive array of pneumatic and electronic automation technologies.

Providing engineered system solutions for OEMs and machine builders that give them a competitive edge.

Offering the largest selection of hose, tubing and fittings, in all sizes and configurations with nine locations.

Specialized locations for repair, installation and troubleshooting of hydraulic, pneumatic and electromechanical devices.

The National Fluid Power Association has certified our team of technicians as hydraulic and pneumatic experts. 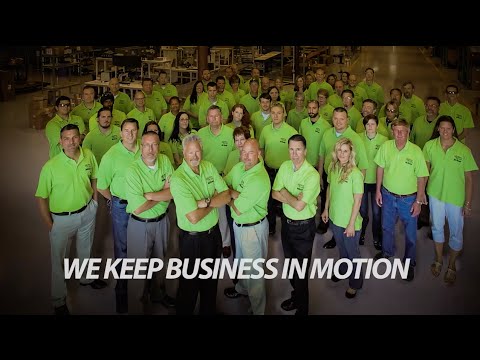 Design, manufacture, sell and service fluid handling and motion control solutions and products to a broad base of customers. Our distribution and service market is the Mid-Atlantic United States and our manufacturing market is global.